I’ve bought a new toy. It took me about 2 years to get round to it, but once I’d tried it out I knew it was the right thing to do!

It’s not a Star Trek teleporter, nor is it a one-man bass riser, it’s a very cool monitoring system that, when you stand on it and play, transmits the sound of the bass through your bones and into your ears. Yeah, I know, it sounds ridiculous but now I’ve used it on a few gigs I don’t want to ever be without it. 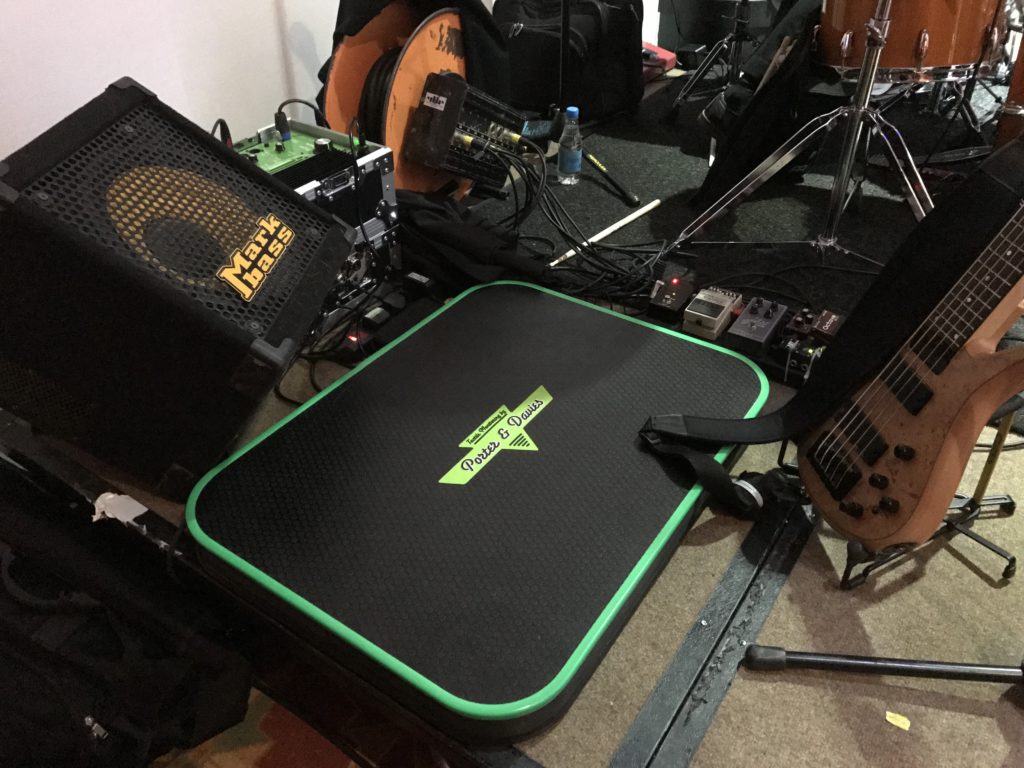 I first heard about this type of system because a few drummers I know use the drum stool/throne version. Drummers usually like a lot of kick drum in their monitor, but this can be hard to achieve on some stages, especially with so many bands using in-ear monitoring. I saw this stool being plugged into a green amplifier and had to ask what was going on.

“Put your earplugs in, sit there, and use the kick pedal” said the drummist. So I did.

Really surprisingly, I could hear a really nice, fat, but crisp bass drum right in my ear.

“…they also do one for bassists” he said…

It took me over 2 years to finally decide (the whole system is about as much as a decent bass amp, so not something you’d buy on a whim) but I went down to Porter & Davies and tested one out. A few minutes playing bass while standing on the platform and I was convinced.

I’ve used it on every gig since I bought it, and I’ve also used it in the studio when recording with Space Elevator – the difference between just hearing the bass in headphones and feeling it in your body, your ears and even in the strings is like standing in front of a huge bass rig, but without everyone else in the room shouting at you to turn down. When recording, I was able to set up in the live room with the drums, and feel like I had the amp cranked up, but with hardly any noise in the room (amp volume was off, just using it to get the sound DI from my amp and into the desk)

The feeling on the strings is the most surprising – the strings feel really “live” in your fingers, and this means you can play with so much more dynamics, because you can feel and hear when you are playing loudly. Want a bit more dynamic range in your playing? Dial up a little more Master Volume and you’ll play with a lighter touch. As I can be a little heavy handed, with a tendency to “dig in” (blame my formative years in heavy rock bands!) this is a real bonus for me. 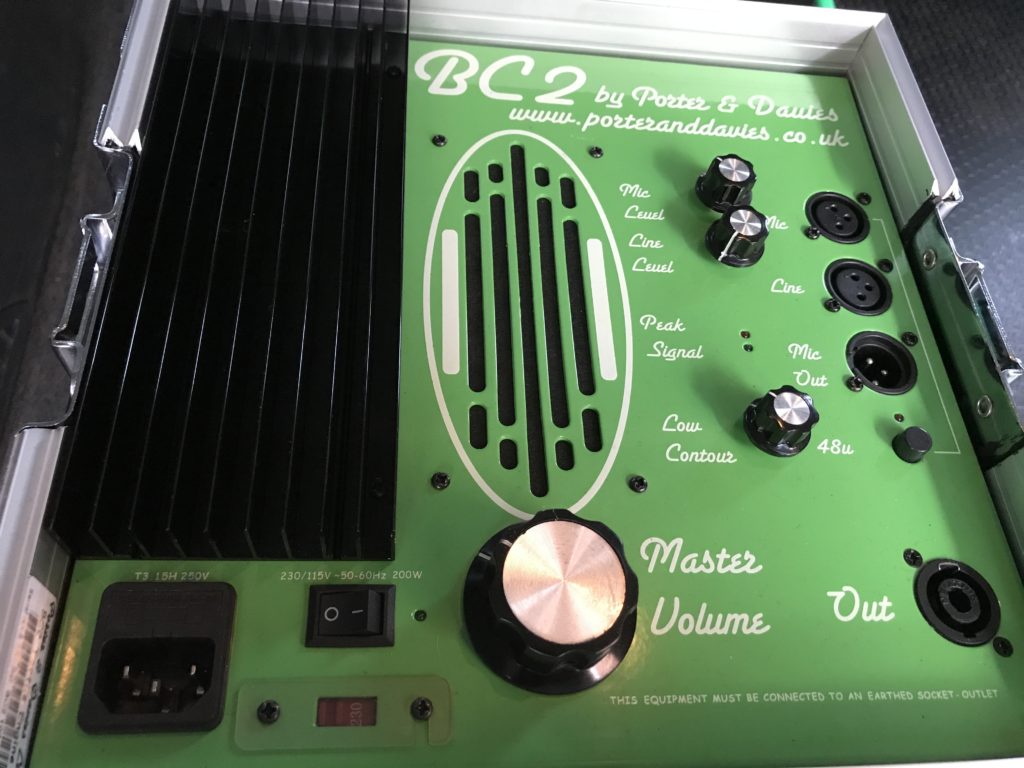 If you’ve been used to massive volume on your amp, but bandmates keep wanting you to turn down, or if everyone is switching to in-ear monitors and you now struggle to hear your bass through those tiny little speakers in your ears, this is a good place to look for an answer.

I don’t know how well it would work without earplugs or in-ear monitors (I ALWAYS use earplugs), but for me it’s been bloody brilliant!

There are only three downsides I’ve found so far:

It’s still brand new, and isn’t even in the Porter & Davies online shop at the time of writing, but they can supply the platform if you contact them, and you can visit them to try before you buy.